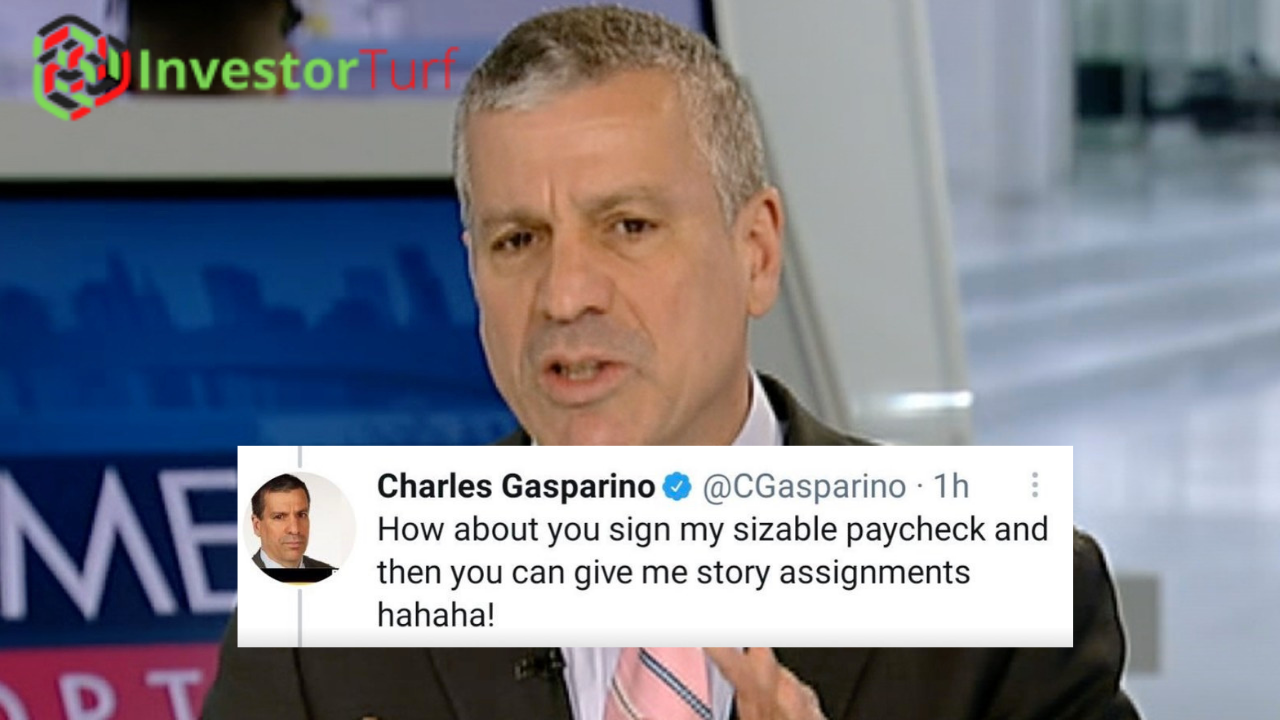 Who is Charles Gasparino?

Currently, Charles Gasparino is a senior correspondent for Fox Business Network and Fox News Channel. He covers major events in the world of finance and politics.

What is a stock basher?

Stock bashers spread exaggerated claims about publicly traded companies in an attempt to devalue their stock. Generally, it's done to reduce stock prices so that the stock basher, or his employer, can purchase stock at a lower price than it would otherwise be worth.

They often claim to have inside information about specific stocks or make hyperbolic claims about the future performance of the stocks. Rather than targeting stocks of large companies, stock bashers are more likely to target stocks of smaller companies since the markets are easier to manipulate.

Charles Gasparino, the reporter for FOX Business, has recently been caught in headlights.

Retail investors are looking not just at Charles Gasparino, but at FOX Business as well, due to information about his wife Virginia Juliano owning a streaming service company.

Charles Gasparino has been allowed by Fox business to express his views on shorting AMC Entertainment without taking into account his personal interests.

Virgina Juliano and her streaming business, it's in their best interest that AMC Entertainment loses viewers.

The Fox Business network continues to allow Gasparino to influence viewers with a personal agenda he presents on his show.

When retail investors learned about CobbleCord, they used the hashtag #FireGasparino on Twitter.

Conflict of interest arises from the CobbleCord scandal.

Gasparino defends short-sellers, trolls retail investors, and asserts that AMC has no chance against streaming services, despite his wife owning a competitor company. Then there are retail investors who saved AMC and are going long on the company to squeeze the short-sellers.

CobbleCord scandal was exacerbated when Charles Gasparino tweeted his lawyer would contact a community member ''Kat Stryker''  when they discussed the topic.

Charles Gasparino has tweeted that he has spoken to Kenneth Griffin the Chief Executive Officer of Citadel LLC one of the Hedgefund that is allegedly shorting AMC entertainment and Gamestop.

Retail investors saved AMC Entertainment from bankruptcy and the chain of movie theatres from collapsing.

Hedge funds tried to bring down the company by overleveraging their positions.

Citadel Securities saved Melvin Capital from closing earlier this year if they hadn't lent them a lifeline.

A supporter of short-sellers, Charles Gasparino, has used his influence in the media to discourage investors from buying AMC stock.

Let's take a look at Charles Gasparino's obsession with AMC.

CITADEL UNDER INVESTIGATION BY THE DOJ

After the news broke that citadel is indeed under investigation by Bloomberg this was his reply.

Charles Gasparino made Threats to the AMC investors

More attacks on the AMC  shareholders

They are dated far back, as long as 2014. *
In the video below, you can see Charles joking about a very sensitive topic: Suicide

Apart from suicide jokes and conflicts of interest, what’s left?

A lot. One ape, who goes by the username acuntex on reddit, figured out, mapped out, and created a picture of just how bad, and how far this corruption runs. Check it out.

On the image, shown above, Charles has quite a lot to answer for. He actively colluded with Jim Chanos, a hedge fund CEO who is known for being anti-AMC on at least one occasion. This was a Tweet, supposedly by WallStCynic, an alias for Jim Chanos on Twitter.

Charles Gasparino then goes on to demonstrate that he is or was actively participating in stock market manipulation, as seen in the example above. He colluded with Jim S. Chanos to present a false image of an empty AMC theater, apparently taken moments before a movie titled "Free Guy" was being shown.

One must wonder is Charles Gasparino a paid stock basher?.

Gasparino has since been mass deleting tweets

Expose the corruption as a whistleblower to the U.S. Securities and Exchange Commission.

What do you think let us know in the comments !

Binance will invest $500 million together with Elon musk to acquire t...

Breaking news Elon Musk is Building a Case against the SEC